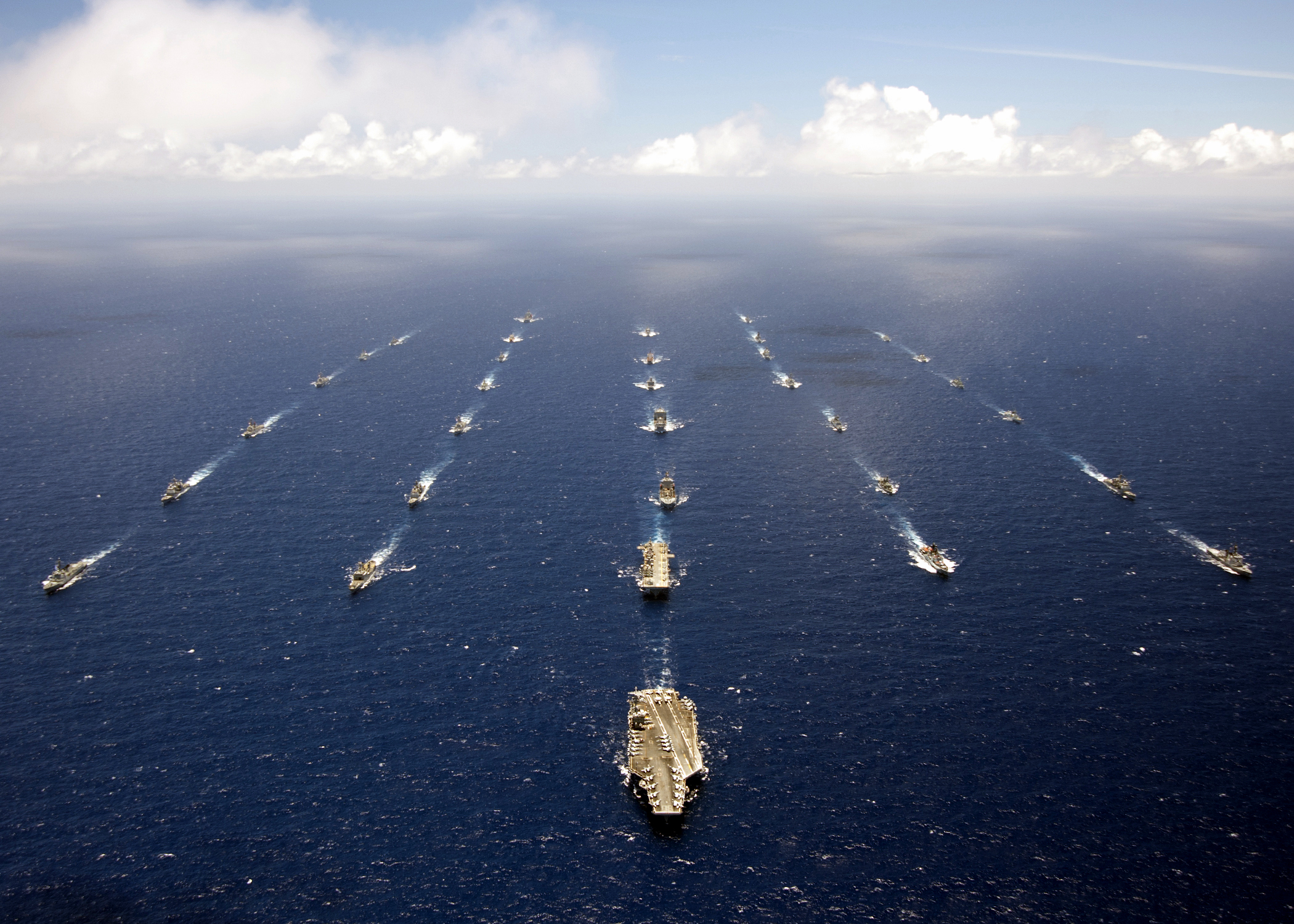 120727-N-VD564-015 PACIFIC OCEAN (July 27, 2012) Ships and submarines participating in Rim of the Pacific (RIMPAC) exercise 2012 sail in formation in the waters around the Hawaiian islands. Twenty-two nations, more than 40 ships and submarines, more than 200 aircraft and 25,000 personnel are participating in the biennial Rim of the Pacific (RIMPAC) exercise from June 29 to Aug. 3, in and around the Hawaiian Islands. The world's largest international maritime exercise, RIMPAC provides a unique training opportunity that helps participants foster and sustain the cooperative relationships that are critical to ensuring the safety of sea lanes and security on the world's oceans. RIMPAC 2012 is the 23rd exercise in the series that began in 1971. (U.S. Navy photo by Chief Mass Communication Specialist Keith Devinney/RELEASED)

If tensions continue to rise between the United States and China, smaller Pacific navies may need to organize outside RimPac to ensure regional security.

During Rim of the Pacific (RimPac) 2018, Chilean Navy Commodore Pablo Niemann was the maritime component commander. With him were the frigate CNS Almirante Lynch, a Chilean Marine Corps platoon, and a group of officers and ratings who were part of the command-and-control organization of the exercise. This was not a new occurrence for Chile—it has been participating in RimPac since 1996—but it was significant because of the responsibilities given to Commodore Niemann.

Chile and other Pacific navies attend other exercises such as UNITAS, Kakadu, Malabar, and Teamwork South, but RimPac is unique in its complexity, number of participating countries, and nearly 40-year history, making it the region’s most important naval community exercise. It also is unique in providing an opportunity for participating navies to train and operate as a multinational naval force to promote a stable Pacific region with safe and open sea lanes.

But what if that goal were in danger because of the competition between two important players located on opposite sides of this very large ocean? For RimPac 2018, the U.S. Navy disinvited the Chinese Navy because of events in the South China Sea.

A stable, secure, and open Pacific Ocean requires a collective effort, one in which all navies that operate there must participate. Regional economies need this to happen, or their exports and imports will not reach their destinations. Countries such as Chile, Peru, and Colombia export commodities to China and other Asian states. What would happen if the Malacca Strait or other relevant choke points were to close because of increased tension between the two great powers?

Does RimPac continue to be special if not all players are included? It might be beneficial for training purposes and for regional navies to gain experience being part of a large naval exercise, but it would not continue to deliver on its unique purpose.

China is becoming active in all parts of the world. It is investing in the economies of many countries and making its weight felt when it perceives actions to be against Chinese national interests. For countries with high levels of exports to Chinese markets, this includes reminding them who is paying the bills. How China will perceive participation in RimPac must be taken into account. Regional nations may have strong bonds with the United States, but in many cases, China pays, and money talks.

If China is not participating in RimPac, it might not be happy to find its trading partners exercising as part of a multinational naval force led by the U.S. Navy. And smaller countries dependent on Chinese exports might not want to risk finding out China’s opinion. This is a reality for countries such as Australia, New Zealand, Chile, Canada, Peru, and Colombia.

So what other options could help ensure a stable, secure, and open Pacific Ocean?

The first option is to do nothing and assume that regional navies and coast guards will take care of their areas of responsibility independently. This avoids the stress of having to pick sides between the United States and China, but reaching the objective would be complicated unless small and medium-size navies make strong investments in developing additional capabilities. For example, if the Singapore Navy were to take sole responsibility for the Malacca Strait, one of world’s more important choke points, it would need a significant increase in vessels and manpower, and that would require both money and time. Singapore has been investing in its navy, with new hardware and plans for more capable submarines and joint multimission ships, but that might not be enough.

Continuing with the Malacca Strait, logic then says the Singapore Navy should operate with the navies of Malaysia and Indonesia. Having three navies share the burden of keeping the strait open would be easier and cheaper, but it would require common operating standards and training. The good news is that the training already is taking place—the navies of Singapore and Indonesia held their 25th Exercise Eagle Indopura in July 2019—and there is a Malacca Strait patrol composed of those three countries plus Thailand.

The Malacca and Singapore Straits Patrol (MSSP) includes coordinated but not joint patrols of maritime, naval, and air surveillance assets and intelligence information exchange. It has been in place for 15 years and gets more sophisticated each year, but it does not aim to produce an MSSP naval force. Each navy operates with its own areas of responsibility, with the efforts focused on coordination of assets to produce safe and secure Malacca and Singapore Straits.

The MSSP has reached sufficient maturity that, as long as the contributing countries stay committed to the effort and threat conditions are low, the straits will continue to be secure and safe. But because the MSSP is based on coordination and not jointness, anything more complex goes beyond its designed capabilities.

So what if things get complicated and multinational forces of the size that RimPac would provide are not available or the region chooses not to involve the United States or China because of tensions between them? The solution might require transitioning the MSSP from a coordinated to a joint operation using Exercise Eagle Indopura as a foundation. The exercise already includes two of the countries involved, and it would not be that complicated to add Thailand and Malaysia.

Another solution might be to include countries such as India, which already has indicated interest in the MSSP, or Australia, which has significant naval assets and experience operating in multinational naval forces and organizes its own very popular Kakadu exercise. Other western Pacific countries such as South Korea and New Zealand that depend on global trade and would suffer if a strait were closed or unsafe also might want to participate. Canada, Colombia, Mexico, Peru, and Chile all trade with the Indo-Pacific region and would like to keep the Malacca and Singapore Straits open and secure. Canada and Chile have the qualifications, experience, and equipment needed to work with other RimPac partners.

So perhaps the best option would be solutions that target specific problems or critical maritime passages and assets, carried out by the parties that have a vital interest in the success of the efforts. RimPac could be an example of how to develop the logistics, training, and coordination to produce a multinational naval force.

The MSSP model of coordinated and potentially joint operations should be implemented not only in the Malacca and Singapore Straits, but also in other parts of the Pacific. For example, a new South Pacific Alliance could patrol the sea space that separates Australia and New Zealand from Chile and Antarctica. Having countries responsible for sea spaces brings the obligations of ownership, which leads to the following proposal.

TERRITORIALIZATION OF THE SEA

The current maritime operating model is based on the idea that the oceans are free and open space that anyone can use. In recent years, however, areas near coastlines—countries’ exclusive economic zones—have become national assets. This evolution has not affected the flow of trade, and to some extent it could be said that having countries “own” maritime territories has increased security and safety in the sea spaces that belong to them.

Increasing the size of exclusive economic zones could be a way to increase the safety and security of the seas, as could making groups of countries responsible for sea areas or specific maritime assets. The global commons do not have an owner, and without ownership it is difficult to assign responsibility and obligations for safety and security.

Who should be responsible for the stability, safety, and security of the Pacific is a difficult question. Under Pax Americana, the region assumed it was the United States’ obligation to deliver and, if needed, get us organized. But when U.S. leadership is being contested by another western Pacific power, smaller countries need to get organized, because we cannot assume this ocean will continue to be a peaceable one. The time has come for all Pacific Rim countries to take responsibility and get organized, as was done with the antipiracy operations off Somalia. The Pacific sea space is vital for most regional nations, and we should act accordingly.

MR. KOUYOUMDJIAN INGLIS, a life member of the U.S. Naval Institute and former Chilean Navy officer, is vice chairman of AthenaLab, a Chilean think tank dedicated to national security, defense, and international relations, and a board member of the Chilean Maritime League. He holds a degree in weapons engineering and a master’s from the War Studies Department of King’s College London. 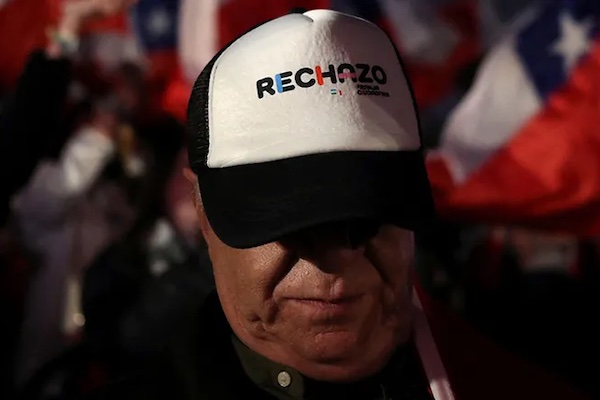 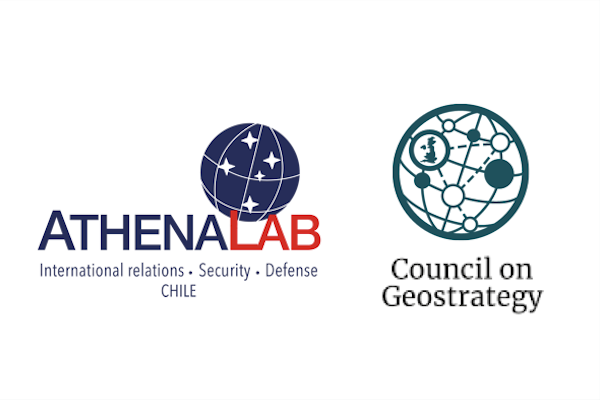