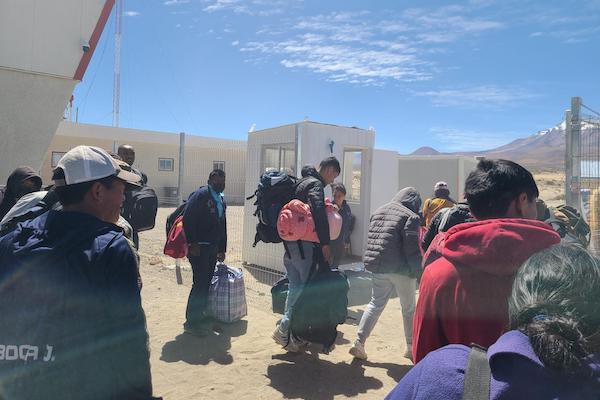 More than 7 million Venezuelans have left their homeland since 2015 amid ongoing economic and political crises in their country. And with ineffective border security, criminal gangs are increasing their efforts to take advantage of the migrants.

Mariela Brito, 51, arrived in Chile in mid-October. She was resting at a migrant shelter in Colchane, near the border with Bolivia, following a weeklong journey through five countries across South America.

Brito had started her trip the week prior in her native country, Venezuela, where she had been working as a public schoolteacher in San Juan de los Morros, in Guárico state.

“I didn’t earn enough money to make ends meet, and my supervisors were forcing me to participate in recent pro-government demonstrations,” she said. “We couldn’t protest or say anything, because we could end up in jail.”

So, she decided to migrate, leaving home with about $1,000 that she had collected after selling most of their belongings. She left by bus.

She’s one of more than 7 million Venezuelans who have left their homeland since 2015 amid ongoing economic and political crises, according to new data from the United Nations. More than 80% of them are living in Latin America and the Caribbean, in countries that are already struggling to provide health care and education to their own citizens. As one of South America’s most-stable countries, economically and politically, Chile has become an attractive destination for Venezuelan migrants — and also for crime.

“The journey was horrible,” Brito said.

But she wasn’t only referring to the long walk through the Andean highlands or sleeping in the streets in rough conditions throughout most of the journey.

“The worst part was that a taxi driver took me off the road to a remote place close to the border between Ecuador and Perú,” Brito said.

The people she was traveling with were kidnapped by a criminal gang, which secured $800 in ransom money from them. But she was lucky that they let her go.

Others end up “borrowing” ransom money from criminal gangs, and then, they have to pay them back by carrying drugs or weapons across the border, or they’re forced into sexual exploitation.

Then there are human smugglers known as trocheros or “coyotes” who offer to help migrants cross borders in exchange for money. Some of them can be found in Pisiga, a town located on Bolivia’s border with Chile. The mayor of Colchane, Javier García, confirmed that criminal groups use the border for human trafficking and to smuggle drugs and weapons illegally into the country.

District Attorney General Raúl Arancibia said that in the district of Tarapacá, in an area known as the North of Chile (Macrozona Norte), authorities are now seeing things that were once extremely rare including “contract killings, people gone missing and extortion.” Some of the murders have been violent and gruesome.

“They extort them in exchange for security. What is known as ‘a vaccine fee,’” basically offering them immunity from harm.

Mauricio Vallejos, chief of the police’s homicides department in the district of Tarapacá, said that northern Chile has seen more than double the number of homicides this year compared to 2019, and the majority of them are committed with firearms.

The authorities have also reported an increase in the illegal trafficking of ketamine, a hallucinogenic drug imported from neighboring countries, which is contributing to Chile’s booming synthetic drug market.

The Chilean government has blamed international criminal organizations. Among them is a Venezuelan gang called Tren de Aragua that has become a transnational threat.

The group has followed the exodus of Venezuelan migrants and found ways to set up permanent operations in several South American countries. Chile is just the latest one.

“With the migrants, professional criminals found an opportunity to get inside [Chile].”Pilar Lizana, researcher, Athena Lab

“With the migrants, professional criminals found an opportunity to get inside the country,” said Pilar Lizana, a researcher with the security think tank Athena Lab in Santiago. “They operate as independent cells that are connected to the main cell in Venezuela. They have people with different roles. For example, some control illegal border crossings, others go and find people that want to get into Chile, others do human smuggling.”

Lizana said large areas of the Chilean border with Bolivia are not well supervised by security forces. Another problem seems to be the lack of records for undocumented people, or encounters at the border. “When criminals see that the state is weak or is not completely present there, they have an opportunity,” she said.

In recent years, the Chilean government has invested more resources in improving technology and cybersecurity.

“We are forming new groups to study and fight organized crime in the whole country,” Chilean President Gabriel Boric said to a local media outlet in June. “These people are not welcome in Chile and we are going to prosecute them, and if it’s necessary, we are going to expel them from the country. We will not import crime.”

But according to Lizana, in some areas of Chile, organized crime has more power than state institutions, and it can be very challenging to stop, because “they will be trying to buy public officials and [force them to] pass bills that they will need to keep operating.”

She added that Chile needs to act quickly with interagency and regional approaches.

“We need cooperation from public health, education and economic departments, as well as other countries in the region,” Lizana said.

Organized crime is currently on the minds of many Chileans, even as President Gabriel Boric plans to restart the process of rewriting a new constitution, after the last one was overwhelmingly rejected in a referendum in September. 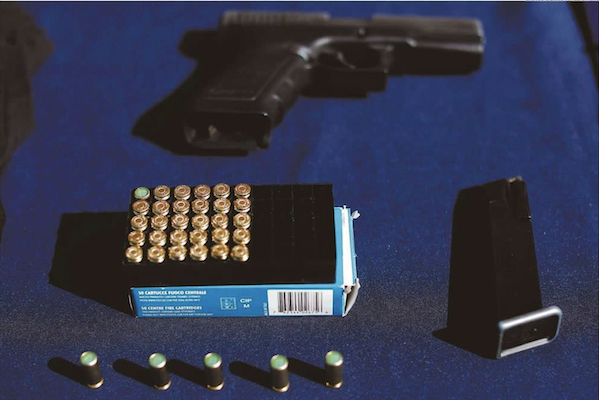 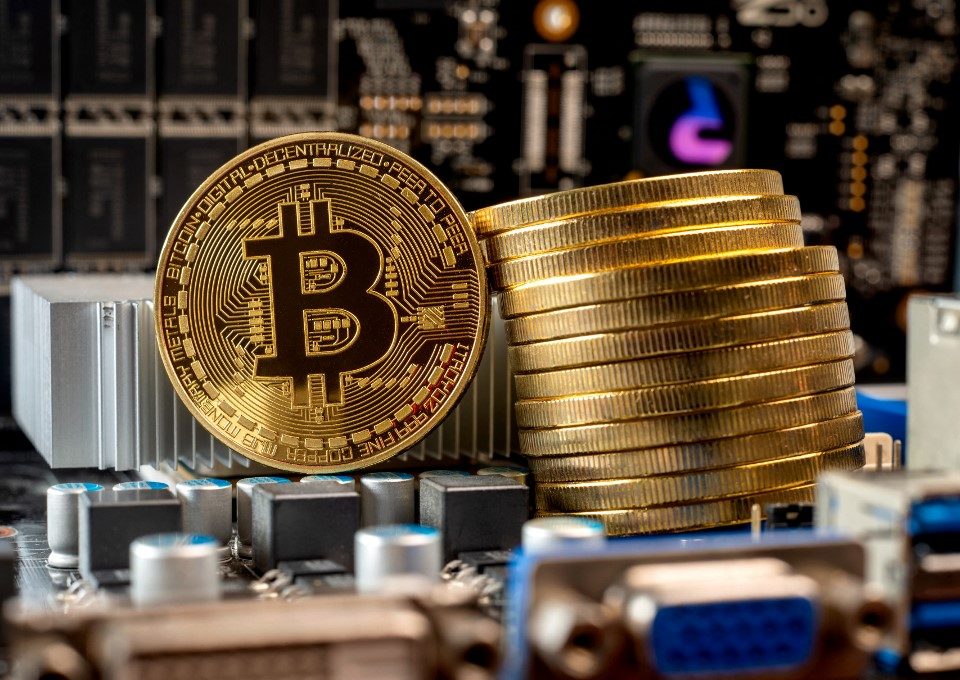 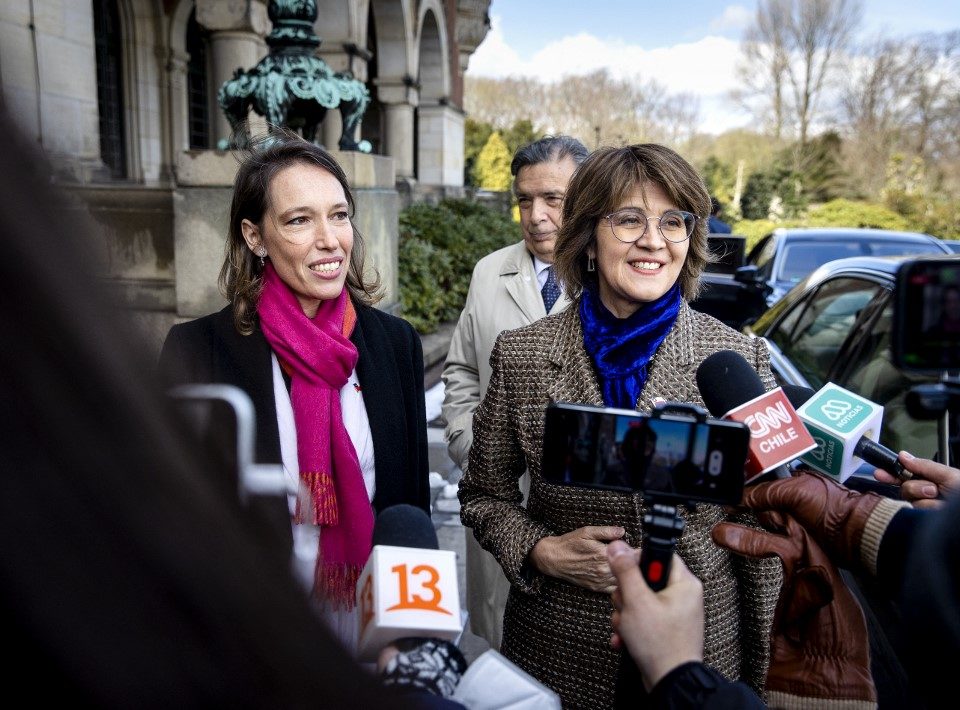 2022-04-01 14:07:08 THE HAGUE - (VLNR) Ms Carolina Valdivia Torres (Former Deputy Minister for Foreign Affairs of Chile), Mr Hernan Salines (Ambassador of Chile to the Netherlands) and Ms Ximena Fuentes Torrijo (Vice Minister for Foreign Affairs of Chile) before the public hearing in the case between Chile and Bolivia at the International Court of Justice on the dispute over the status and use of the waters of the Silala. Nearly six years after Chile submitted the Silala case to the International Court of Justice on June 16, 2016, the trial is entering its final phase. ANP SEM VAN DER WAL netherlands out - belgium out (Photo by Sem van der Wal / ANP MAG / ANP via AFP)